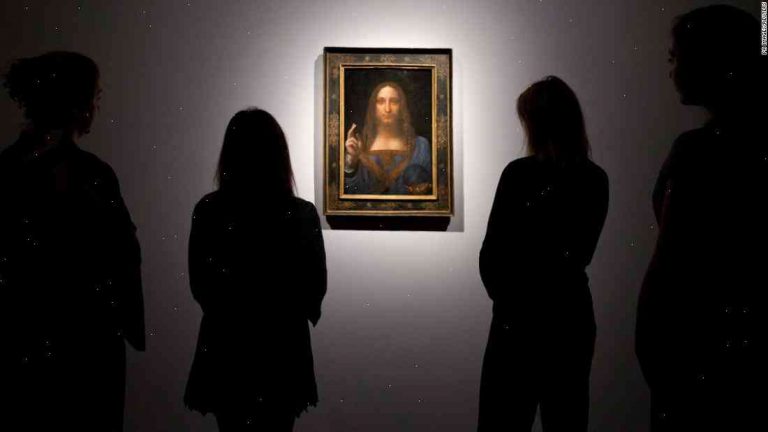 A museum which lent out a painting that experts say is worth $450m (£335m) has cast fresh doubt on its authenticity.

The Foundation’s Bob Bradley dismissed the painting’s “buyer’s worth” tag as “invented, misleading, and not credible” by the Pollock-Krasner Foundation, which conducted the authentication.

It was lent out to the M. Seton Museum in Miami over three days.

Salvator Mundi has been the subject of fierce debate since it was first discovered in 2005 by a British collector.

The now-defunct company that bought the painting for less than £40,000 revised its valuation and believes the auction price will more than double when it goes under the hammer next year.

“The Foundation has found another set of additional questionable attributions on the canvas and Mr Bradley dismissed the attribution on Salvator Mundi made by the Krasner Foundation in their letter,” wrote Zacharias Novakis, director of research and communication at the Pollock-Krasner Foundation, in a statement.

“The work has been identified as a very late Renaissance artefact and sold with the carefully balanced attribution of Leonardo da Vinci to a bad side painting.”

He believes that the picture’s provenance has also been misrepresented.

During the loan, “newally prepared version” of the canvas “was being sold without an examined holding media in order to make a competitive assessment of its value and its advertisement did not meet the relevant standards of assessment and authenticity”, he added.

Bradley and James Strachan, director of the M. Seton Museum, said that the picture’s “actual value in the pre-sale environment is far below the news value”, suggesting that it will sell for much less.

Speaking about the painting earlier, Mr Strachan said the piece was “an absolute work of art… [I’m] happy that someone at that time wanted to buy it”.