[Editor’s note: This article originally said Prime Minister Adel Abdul Mahdi was wounded by an assassination attempt. The Prime Minister’s office says the PM was not injured by the strike. Read the update from… 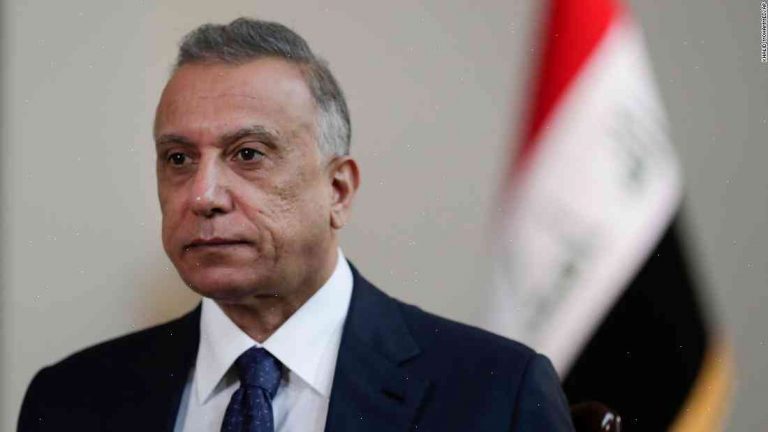 [Editor’s note: This article originally said Prime Minister Adel Abdul Mahdi was wounded by an assassination attempt. The Prime Minister’s office says the PM was not injured by the strike. Read the update from Fox News.]

Iraqi Prime Minister Adel Abdul Mahdi narrowly escaped an assassination attempt in his home province of Kut on Tuesday night after a bomb exploded near his armored convoy, along with two parked SUVs, according to Tass and NBC News. At least six people were killed and 42 others were wounded in the bombing, according to the military.

A paramilitary group called Saraya al-Salam is responsible for the attack, Iraqi officials said. While there was no immediate claim of responsibility, Saraya al-Salam is the military wing of Muqtada al-Sadr, a Shia cleric and political leader who has been waging a fierce battle against the Islamic State militants and whose influence over Iraq is growing.

Abdul Mahdi, who has only been in office for two months, is visiting Kut, which had been left under rebel control after clashes this week, the state-run Iraqiya TV reported.

U.S. President Donald Trump called al-Sadr last week to thank him for his efforts in helping the U.S. defeat ISIS, according to a letter he sent. The letter, first published by al-Sadr’s political party, was sent in response to al-Sadr’s congratulatory message on Trump’s inauguration last month.

“Mr. President, you were elected to fight Islamic extremism and radical Islamic terrorism,” al-Sadr wrote. “And I have no doubt that your fight in Syria and Iraq will remain our fight also. We will stand shoulder to shoulder with you always to liberate our beloved country, Iraq, from terrorism and restore it as one of the nations of the Islamic world.”

Abdul Mahdi is Iraq’s latest Shiite leader to seek closer ties with Iran since the withdrawal of American troops in 2017. Al-Sadr, who is a key ally of the Iran-backed Hezbollah group, had consistently accused Washington of abusing Iraqi sovereignty and favoring Sunni extremists in Iraq.

In February, Iraq’s Parliament elect-ed al-Sadr as its new Prime Minister, cementing the rise of the pro-Iranian cleric as the major political player in the Shiite-dominated country and challenging the influence of Iran’s closest ally in the Arab world, Saudi Arabia.

A week after al-Sadr’s election, however, Iraq suffered a massive truck bomb attack that killed at least 324 people in central Baghdad, and it appears al-Sadr’s frequent criticism of the United States is still hurting his party in the current government.

The Iranian-backed Shiite group Popular Mobilization Units recently accused al-Sadr of not doing enough to fight ISIS, despite his rhetoric against the U.S. In response, al-Sadr lashed out at the U.S., saying the country was supporting militants he said were driven by a “mad ideology” that violates human rights.

“The U.S. is abusing its power and interfering in Iraq’s internal affairs in the name of combating terrorism in order to steal our resources, to intimidate, to justify what is unjustifiable,” al-Sadr told reporters last month.

When al-Sadr was called in to take over for another pro-Iran leader who was accused of corruption, Iraqi leaders vowed that Washington and the war on ISIS would not interfere in their new government.

The last major bomb attack claimed by ISIS hit in the country in May 2018.

The Associated Press contributed to this report.

Click here for more from The Wall Street Journal.