Are the Alberta PCs ready to leave Jason Kenney alone? 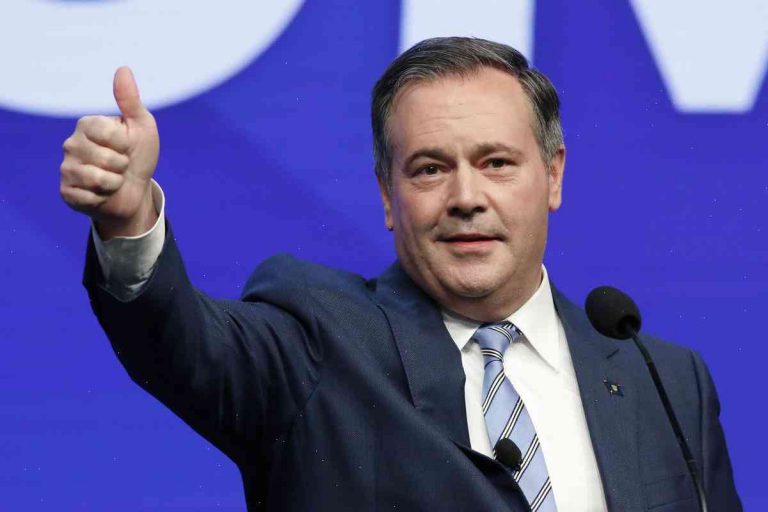 The Alberta Progressive Conservative party must decide whether to stay put or replace it with another party.

Premier Jason Kenney arrived to thousands of cheering Progressive Conservative delegates at the party’s convention at a home in Calgary on Sunday to plead his case.

Many of the delegates, as expected, wanted Kenney to leave as Tory leader. The crowd grew rowdy several times during his speech.

Convention organizers moved him from a giant outdoor venue to a smaller conference hall so he wouldn’t get ambushed.

He landed quickly on the “core issue” of the campaign: party unity.

It’s an odd change of tune for a premier who has spent years courting the party faithful. In his speech he blames rivals for the Tories’ recent losses — calling them ruffians and calling the province “a million pinhole holes.”

“We were too aggressive with our money and we weren’t tough enough with our borrowing.”

Then he pivots to his posse of candidates, who he said run businesses, are entrepreneurs and aren’t self-aggrandizing. And he goes on to cast his little gang of candidates as the true team.

He endorses 45 candidates, 12 of whom are openly vying for the crown, in a speech that’s a curiously autobiographical portrayal.

“They believe in tough choices.”

“They believe in fighting for western values.”

“And they believe that Alberta’s success is our success.”

“And they live Alberta’s values.”

Party members are tasked with electing the next leader, and the party brass believe they have a front-runner:

“They are a group of individuals who are smart, who have been successful as entrepreneurs, who have never voted against Alberta interests or against the West in any campaign, who are not insider politicians and who understand the big wins of Alberta when we stick together.”