A collective decision by Austria has been reached to place the capital of Salzburg on a “special alert” and develop a military-style dress code for all military service personnel, with strict curfews and even… 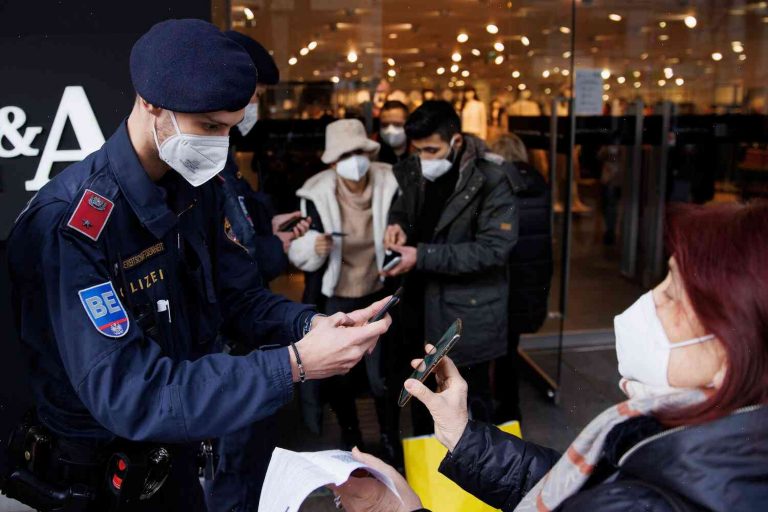 A collective decision by Austria has been reached to place the capital of Salzburg on a “special alert” and develop a military-style dress code for all military service personnel, with strict curfews and even the possibility of firing live rounds.

Shortly after first mass protests in the City against plans to build an expansion of the Salzburg castle complex, the government announced plans to implement the measures. These were approved by the ruling coalition of the People’s Party (ÖVP) and Christian Social Union (OVP) following an agreement last Wednesday.

In early November thousands of demonstrators gathered to protest at the plans to expand the castle complex, which would include adding 9,000 parking spaces. After police announced that they had no intention of tackling the anti-expansion campaigners, which reportedly threatened them with physical violence, the city council voted in favour of the expansion.

“The city is relatively calm but that has not been translated into a heightened security situation,” said Austrian police chief Hans Dieter Sichl in a press conference. “We can only observe people and cars entering the city centre.” He went on to warn that the city council had not yet fully informed the police about the exact plans.

The Austrian government is anxious to consider it is responding to public concerns and has frequently stated that the plans were not taken to parliament in the first place by accident. Officials have also claimed the Salzburg castle expansion would not undermine the public’s “moral dignity” and would not endanger “life and limb”.

Eruptions in the security situation

The Austrian cabinet consists of a coalition government of the People’s Party (ÖVP) and Christian Social Union (OVP) and has so far been described as one of the most divisive in Austrian history. In an attempt to overcome issues around this governing alliance, which was formed in April 2017, the OVP senator Jörg Schönebaum served as the sole chairman of the more austere ÖVP faction within the parliamentary parliament and was present throughout the summit on security in Salzburg.

According to media reports, protesters present at the summit within the city of Salzburg were chanted down by officers. Per Utemmen told local daily newspaper Der Freitag he was “belligerent” towards police but no charges were brought against him.

Following the April summit Schönebaum was subsequently temporarily charged with bodily injury, but he was acquitted on appeal.

In a statement, Schönebaum warned that the mobilization of police for security is “a question of people’s dignity” and that the “officers are being used against the people.”

Police presence across the city is expected to increase as a direct result of Schönebaum’s leadership in the summit on security.

Police restrictions on civil liberties are likely to be directed at the city’s free speech as well.

In order to avoid the “poor judgement” that led to the unrest at the Alpine Bridge and other recent protests in Salzburg, the intervention of the Austrian army would further control protests and could see police becoming involved in guarding the southern steps of the Salzburg castle complex. Protests have been banned at the castle in the past.

Such restrictions would be a distinct change from past Salzburg interventions.