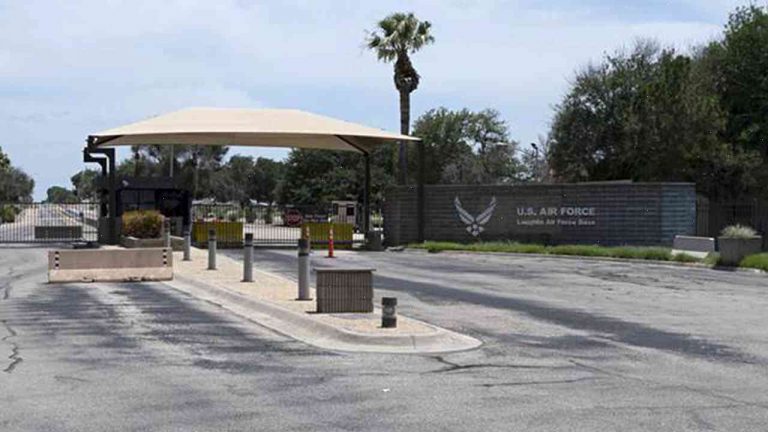 An air force pilot has died after the F-5B Lightning aircraft he was flying over Bolivia’s border with Brazil lost control and crashed, military officials say.

After a violent impact, fire and multiple people onboard were killed, the Bolivian Air Force added.

A representative for a medical charity that provided emergency aid said 22 people had been on board.

The crash happened in the afternoon at Tacna in northern Bolivia.

Pilots from the military force had just landed at that time and were walking off the tarmac when the aircraft crashed.

The plane was a F-5B fighter, an aircraft that was part of the Argentine air force before being discontinued in 1979.

The aircraft was flown by a sergeant from the air force’s Tacna base, Rodrigo Chavarría, said in an interview with CNN.

“There was a loss of control, the plane started turning, the parachute did not open so the plane hit the ground,” he added.

It was the first time this F-5B model of fighter had been flown in more than 30 years, authorities said.

Witnesses claimed the single-engine aircraft lost contact with its controller while taking off from the Tacna air base and then plunged down into the Ira to Chacolu reservoir, destroying the aircraft in the process.

The white-knuckle landing triggered repeated alarm bells for air traffic controllers at the Tacna air base.

“When [the aircraft] started to slide, it was difficult to keep track of it,” air force chief aselredo Haboja later told public radio.

The plane has crashed @nicopbc and a 30 y/o civilian also died. A hospital is being prepared to receive the bodies and have a ceremony as normal in this time of tragedy. — Maboieiro (@Maboieiro) August 16, 2018

Lorenzo Urteaga, founder of humanitarian group Casa para a Colombia, which assisted with the rescue effort, was present when the plane crashed.

“The aircraft disappeared with a great amount of force. I have never seen a similar crash,” he said, adding that the water below the crash site had been filled with water.

Mr Urteaga’s group reportedly was on its way to Tacna from the nearby city of Termas de Bahia when the accident occurred.

President Evo Morales visited the scene of the crash to begin a commemorative ceremony.

A planned candlelit vigil later in the day was cancelled, he said.

“At the end of all of this are the people who lost their lives, that are grieving, and the family who have lost their dear ones,” he added.

Tacna is home to Bolivia’s local air force base as well as other air defence units and Bolivia’s military airforce.