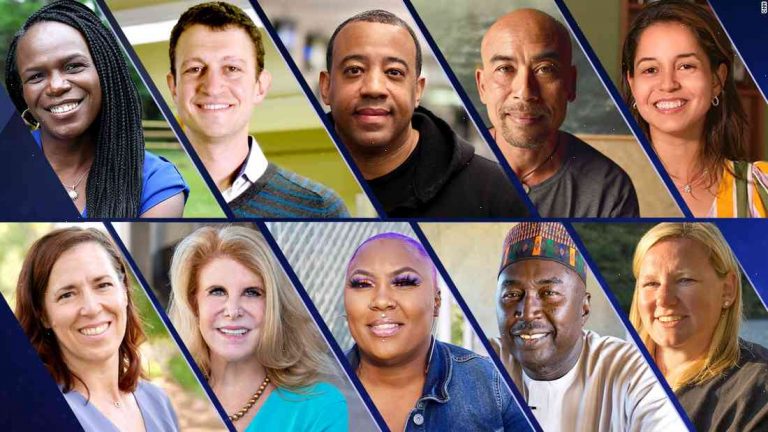 The 10 honorees of CNN Heroes 2019 were announced today.

As the crowd prepared to head into dinner, three women waiting to serve dinner provided the audience with a “what you do…who you know…and why” tour of CNN’s New York City studios, including Nina Tassler, Jon Klein, John Walsh, Ken Jautz, and Lester Holt.