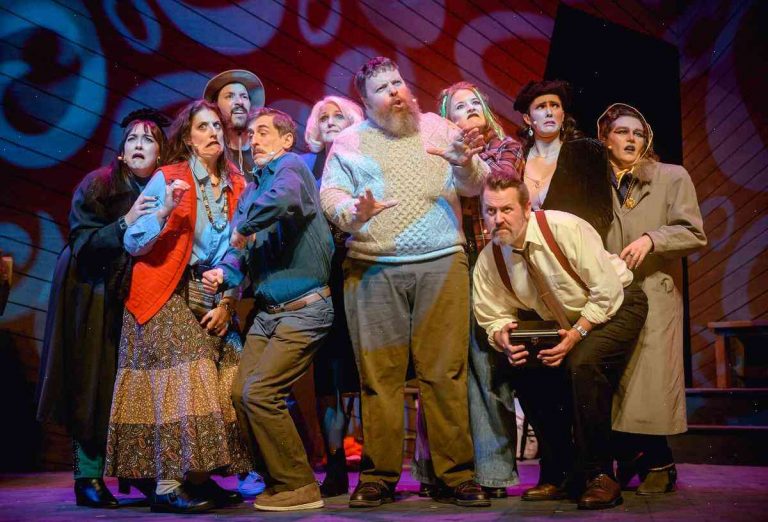 Here, the 18-year-old brother of the long-lost sister (Olivia Gómez) brought home for the holidays by her mother, arrives in what she identifies as the sleepy town of St. Clementis. Tim (Ryan Watson) has come to give his awkward sister a push (willing as he is to play all his matches in the middle), to impress a group of girl friends he meets at the party they throw in her honor at her grandparents’ house.

There are three sisters who have very little else in common: Jess (Byrna Dimas), Lillian (Kate Clark) and Meghan (Caroline Dodge). Life in St. Clementis isn’t the world’s most bland existentially, but it’s pretty much boring as a concept. Tim, Jess and their guests gather in the downstairs family room. Pouts, argument and cold whiskey share space with a devoted cellist (Alvin Louis Humphrey) in a silent-film style accent.

At the top of the movie, the sad climax is set. Jess lets everyone know that their father has died. The film lingers on a father-and-son moment from “Star Wars” in which Luke wins the love of Leia in no small part by holding onto his father and defending him. Mysteriously, that scene plays over the ending of the movie. Here’s a hint: Not many people who have no idea who the movie’s star is don’t know who Luke Skywalker is.

But rest assured, it doesn’t keep you long enough to ponder why the father dies. The movie focuses on what happens next, and as it’s carved into slices, it’s a very different story. At first Tim is invited to hang out at the grandparents’ house, where he encounters Lillian’s boyfriend. The boy gets asked to share a water bottle with two women in underwear. Binders full of pictures of themselves are invited upstairs, and in another scene Tim has to create timepieces to help a sick, pre-teen neighbor, who just can’t believe she has a parent.

Tim becomes a sort of surrogate father, and one of the lessons he shares with his aunt – long after everyone’s horrified at what’s in the water bottles – is that a family love is one that’s more powerful than any other.

“No Change in the Weather” is strange. And that’s what makes it so enjoyable.

Director Greg McLean calls the movie “a sociological exorcism,” and he succeeds with eerie ease. Characters talk in vague, trapped sentences that are repetitive and unclear. Some of it is probably the JibJab production crew (that’s the stop-motion animation that plays over the film). JibJab, which has a deal with Marvel Studios, often seems like a first cousin to Pixar.

But McLean knows how to serve up a feast of angles – some of them appealing, some puzzling. Without giving anything away, the film will make you think, as Andy Rooney said of interviewing dictators, “Well, I can tell you now – there are no words.”

Not many true families are so all-consuming. And so we try to cling to family things that can’t be fixed. Indeed, on the new episode of PBS’s “American Masters,” Elizabeth Gilbert thinks about these family issues. With an earnest intensity that would make any Zappa member proud, she describes how to mend broken families, what to do when “rekindling” conflicts and what to do when something goes horribly wrong.

The country is often so caught up in chaos of war and whatever else has been happening in the world, that it often forgets that human nature can always be transformed by a handful of very important events. Like those accidental snowballs rolling down a slope, that’