Even when it’s ‘sell out’ you believe it. Pictured in action for Barcelona. Credit:Facebook Two years ago during the quarterfinals of the UEFA Champions League in Paris, Barcelona were hosting Paris Saint-Germain in a… 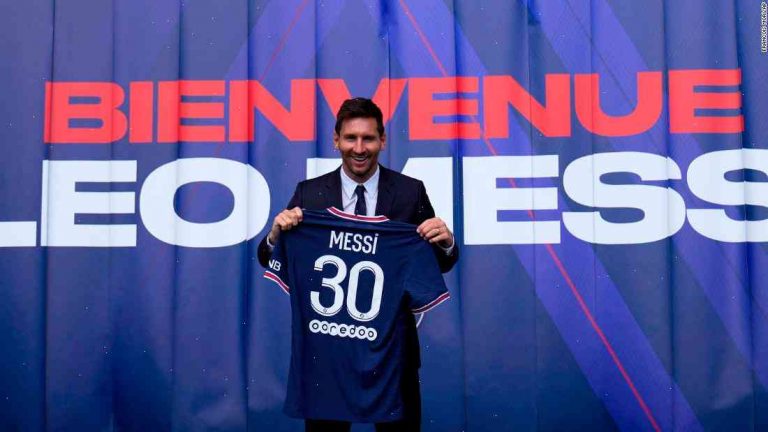 Even when it’s ‘sell out’ you believe it. Pictured in action for Barcelona. Credit:Facebook

Two years ago during the quarterfinals of the UEFA Champions League in Paris, Barcelona were hosting Paris Saint-Germain in a potentially hostile atmosphere. Even if you don’t know much about the club, it has a long history in the competition, while Barcelona has had more than its fair share of Champions League heartbreaks over the years.

But Lionel Messi was not one of the fans who believed PSG had a good chance in getting to a final in Spain.

After the game, Messi was asked whether he believed PSG could achieve anything. His answer was simple: “E.T.”

Boos and whistles rained down at the Parc des Princes and many were considered that the vociferous and unquestionably hostile atmosphere didn’t help Barcelona’s task in upsetting their European rivals. But three years later, Messi is convinced that his side were the right side to face up to the French club’s challenging European persona.

“They are the best team we’ve seen in the Champions League in many, many years,” Messi told Spanish news agency EFE. “But they have come up against similar kinds of teams that have had their chances (in the past). We will go to Paris full of confidence. PSG will be the ideal team to beat if you want to win the Champions League again.”

Messi is leading Barcelona on their quest to reclaim the Champions League crown. Last season, they exited at the quarterfinal stage against AS Roma, a loss that was particularly painful to the Argentine legend.

“It was a tough night,” Messi told Correio da Manha. “Despite having a lot of chances, we couldn’t score, which resulted in a defeat.”