Photo Ontario’s nurses just received a pay raise of 12.5 percent, the highest in the country. This is good news for the 148,000 RNs who will receive a 0.5 percent pay bump on July… 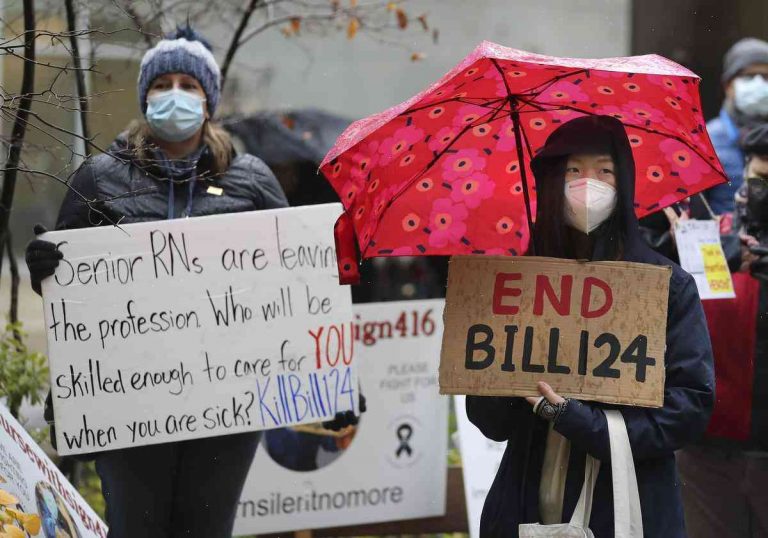 Ontario’s nurses just received a pay raise of 12.5 percent, the highest in the country. This is good news for the 148,000 RNs who will receive a 0.5 percent pay bump on July 1, bringing their base salary to an average of $160,000 a year. The Ontario Nurses Association (ONA) described the deal as the biggest increase the sector has ever received and should raise the spirits of nurses across the country.

But Ontario’s nurses won’t be experiencing these raises in their pockets anytime soon. They are among the thousands of public sector workers who will receive no pay increase for the rest of this term, until at least next year. Even more concerning is the fact that hospitals are not answering the door for nurses who need help with patients. Ontario’s hospitals went the week of April 15 without a single nurse on duty, according to Ontario Nurses Association. Patients have told CBC News they have been overlooked because hospital staff can’t keep up with patients coming through the doors.

These nurses are working in a system that holds nurse assistants responsible for taking care of the most vulnerable people in Ontario. With the highest nurses’ workload in the country, nurses are left feeling undervalued and underpaid. Consider the faces of nurses at Toronto’s St. Joseph’s Hospital: On the floor, nurses trade stories about the $22,000 a year pay bump they received in March; nurses have another reason to celebrate. Nurses received an average raise of $1,400 over the past two years as a result of Ontario’s shared savings program. Given the low salaries nurses currently enjoy, this is nothing to celebrate.

Ontario’s hospitals will soon give nurses a pay raise of $520 for each extra 10 hours worked, according to Public Services and Procurement Canada. This raise is better than nothing, but it won’t end hospital staffing problems overnight. The Health Ministry recently tabled draft legislation in the Ontario legislature that calls for all hospitals to hire 3,000 more nurses by 2022. Health Minister Christine Elliott has said she plans to bring in the law this fall. It’s time to move this legislation to the floor for public debate.

A pay increase for Ontario’s nurses is nothing more than a fight for our public health system. Adding insult to injury, the agreement signed by the Ontario government and nurses calls for no increase of PST or HST between July 1, 2017 and July 1, 2019. While the $1,000 nurses just received in March was a significant boost to their incomes, it doesn’t make up for the fact that Ontario nurses were holding out for a wage raise for two years. Tackling the crisis in Ontario’s hospitals doesn’t have to wait until the fall. Nurses in Ontario need the immediate support that only RNs can provide.

In the meantime, hospitals must find ways to expand the work force. Ontario’s hospitals have filled work spaces with instructors and nurses’ aides. These workers spend much more time on non-nursing tasks, leaving vulnerable patients exposed to harm. If hospitals can’t hire more nurses, then nurses working in critical areas should be able to offer assistance or drive patients to the hospital entrance in order to allow more nurses to be called into work. It is time to demonstrate a renewed commitment to emergency care by hiring nurses.

When Ontario’s hospitals need nurses, Ontario’s nurses should be free to respond to a nurse shortage by expanding the emergency department or opening an urgent care center. Building new operating rooms to be able to staff those units can also help. When Ontario’s hospitals need beds, nurses will be welcomed in a newly-opened hospital, regardless of the condition of the ward. The good news from Ontario is that nurses are finally getting a pay raise. The bad news is that nurses still need a pay raise.

At Play in the Fields of the Lord: the new ad stars megalomaniacal female gerontocrats

US military tests hypersonic flight at highest ever speed