Written by By Holly Moore, CNN It wasn’t that long ago that both Sharon and Bram were making their mark with acclaimed covers — including one of Janet Jackson’s disco classic “Rhythm Nation 1814.”… 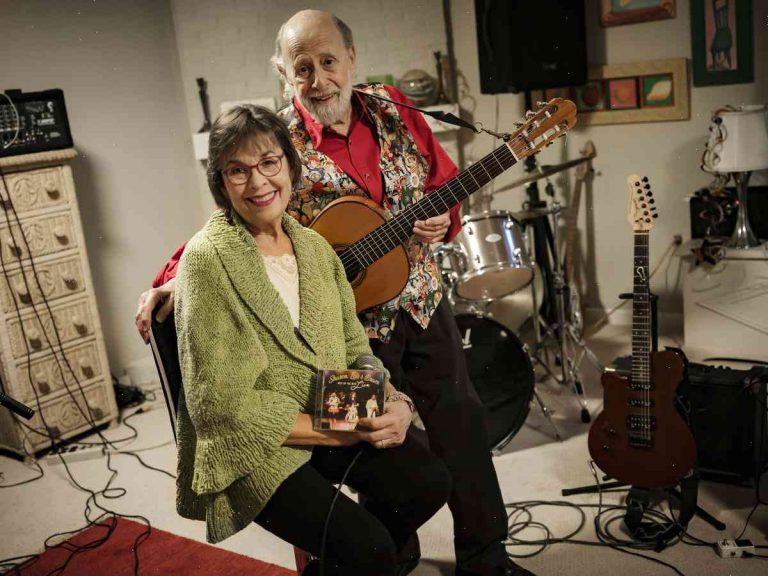 Written by By Holly Moore, CNN

It wasn’t that long ago that both Sharon and Bram were making their mark with acclaimed covers — including one of Janet Jackson’s disco classic “Rhythm Nation 1814.”

But after growing up in an alternate reality where the cassette tapes of their parents’ concerts still exist and listeners, famous or otherwise, are at the mercy of public transport timetables, the couple are venturing into uncharted terrain.

This month, the duo released their debut self-released album, “Stephanie,” and in their native Toronto are sharing the final show on their Backstage Pass Tour at the Virgin Mobile Theater. The tour culminates in September with a full 12-date tour — surely another alien experience for any Canadian teenager.

It’s a stark departure from their more comfortable international trek via the UK, Ireland, Amsterdam and Dublin, Ireland, and having presented as part of New York’s Northside Festival and SXSW earlier this year, it’s clear why the 19-date tour format appealed to the couple.

The best shows, they say, happen during the daylight, and their shows in the daylight are among the biggest opportunities to try new material.

“The songs come together at the best times, when we’re feeling up to the new music and … when we’re pretty high on ourselves. You can’t control that, of course,” Bram said.

“Some songs, it doesn’t resonate with us, some it does,” Sharon added. “Every show is very different.”

And in every city, they manage to stick to a few key covers from the past.

“We put a band together and go up to a venue and try out a few songs,” Bram said. “We’re not that hot — we get on their nerves, sometimes. But it’s a good way to see what sort of band we have,” he said.

Up next is their first U.S. shows, beginning with a two-night stand at the famous Troubadour in Los Angeles and ending in Salt Lake City.

And considering this is Sharon and Bram’s first time performing solo concerts, how are they preparing for such a big step in their careers?

Well, despite their humble self-deprecating ways, they have “a lot of tricks” up their sleeves, and in the same way the large touring band they toured as the Partridges is hugely different to their new band, they’ve got a large family behind them with whom they keep in touch as they prepare for new shows.

“It’s actually been quite natural — I just try to do my best and God knows they’ve got a lot of talent,” Sharon said.

Now that they’re onto their second year of life as a professional touring act, Sharon and Bram are particularly in demand to perform in kids’ shows — a far cry from their childhood performing venues where everyone in the audience was their actual family.

“Touring, it’s a lot of fun,” Sharon said. “As much fun as touring as adults is, if I’m lucky, kids feel like they’re half-kidding and that’s really nice.”

The Case of Mike Brown goes into the archives