Space shuttle arrives in Tokyo ahead of aviation conference

The world’s largest space shuttle has landed in Tokyo, marking the official start of a World Air Travelers Association conference this week, when industry figures and world leaders will gather in the Japanese capital…. 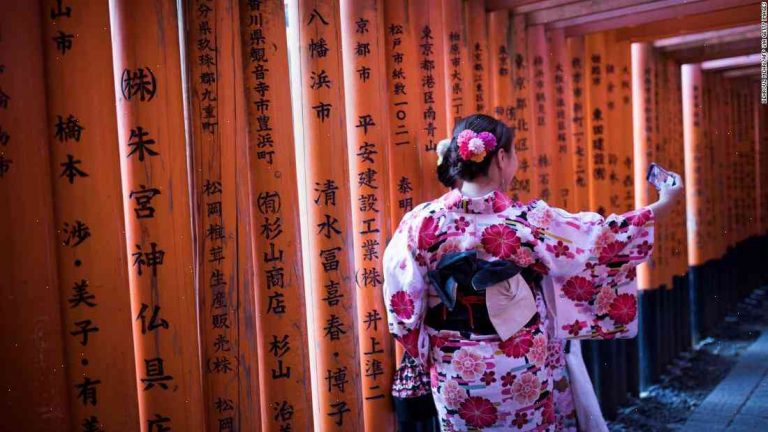 The world’s largest space shuttle has landed in Tokyo, marking the official start of a World Air Travelers Association conference this week, when industry figures and world leaders will gather in the Japanese capital. This year’s event will be held in Tokyo until 17 October.

A highlight will be the Gala Reception on Thursday evening when world aviation heavyweights will come together to celebrate world air travel.

Money is on cloud nine … from the wrist to the paperclip at this year’s Gala Reception.

Among the 1,200 delegates to be attending are members of the London Air Travelers Association. In one of the programme sessions they will be joined by Neil Chamberlain, chief financial officer of Qatar Airways.

Other sessions, which include conference-related speakers and networking opportunities, take place at the Hotel Nikko Tokyo Hall.

This year, the World Air Travelers Association (Wata) is holding its delegates’ event (Wato) which will be hosted at the Nikko Hotel on 15 and 16 April. Wata is known as the trade association for the industry. Its stated purpose is to promote the benefit of air travel to the public and the community. It provides leadership, training and networking opportunities for both individuals and businesses through conferences and other educational and social programs.

This year’s Nikko Tokyo will be a much larger event, with 2,000 delegates attending. They will be joined by representatives from more than 100 other countries. Wata will also be exhibiting in the Nikko conference hall, and other key partners include the Japan Aerospace Exploration Agency (JAXA), Ushijima Maru, a tourism and conferencing center in Tokyo, and iLink Asia, an online conference platform.

The conference will run from 15 – 17 April. It will examine the issues that are shaping the global economy as well as the aviation industry’s role in terms of transportation of goods and people around the world.

Special features include a keynote speech on 26 April by Kitty Fok, general manager of the executive cell for the Wata Secretariat. She will focus on the impact of the Middle East crisis on the world’s aviation sector, as well as discuss the new regulations and challenges for the industry.

The WATA will also be holding a workshop called “Global Air Transport and its Effect on Transport Financing.” The WATA Financial Bureau’s convenor, Irene Suzuku, is presenting this session on 26 April. This session will look at how the sector has approached various measures on taxation, aircraft fuel pricing and the effect on aviation funding.

Industry figures have also been invited to speak at this seminar. Transportation managers from Emirates, Lufthansa, Iberia, Qantas, Korean Air and Airlines for America will be featured in this session.

In addition, Wata has introduced “First 100 Guests at the Nikko,” a new event to promote Wata’s memberships. The event begins with two special cocktails and snacks before a presentation on “First 100 Guests – The AJP World Aviation Family.” This session will explore the benefits and privileges of being a member of this association.

“We are very excited to be in Japan, because it is one of the most interesting destinations in the world for airline and business representatives,” said Dave Clark, Wata’s chief executive. “As with any key and important tourism destination, Japan benefits from a high level of visitors, so it is important for Wata to be here, to provide this opportunity for our members to build relationships with those who can become part of the network.”