Written by Staff Writer Staff Writer Editor’s Note — Maude Braginsky is an independent journalist based in Khartoum. She is the recipient of the Prix du Jeu d’Accord du Regio Danone pour les Printemps… 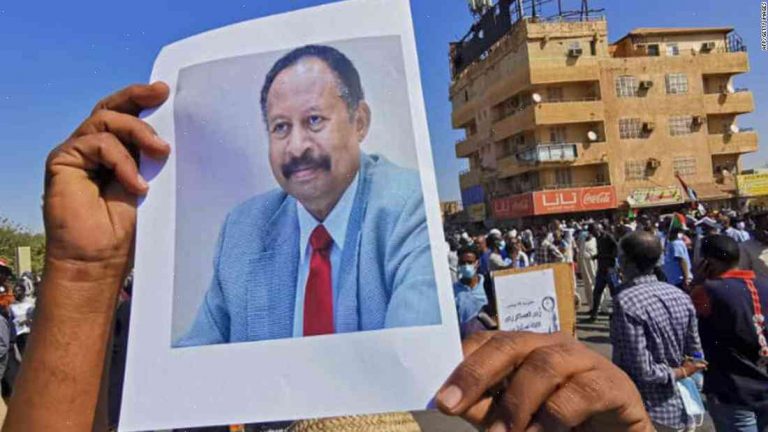 Editor’s Note — Maude Braginsky is an independent journalist based in Khartoum. She is the recipient of the Prix du Jeu d’Accord du Regio Danone pour les Printemps and has appeared on BBC World News.

(CNN) — Sudan’s military has reinstated Ibrahim Ghandour as the country’s prime minister a day after he was dismissed by President Omar al-Bashir after a failed military coup earlier this month.

Ghandour, the country’s former justice minister, had faced a mounting military mutiny this month after he announced plans to introduce an amnesty program aimed at easing tensions in Sudan’s turbulent military.

The government’s toppling, following the heavy handed detention of hundreds of its supporters, led to temporary splits within the powerful army.

“Despite a disagreement, I am still sure that we are brothers,” Ghandour said after his reinstatement on Friday.

“The road of our battle is much long but it will be respected by all humans and all nations. I would like to ask my colleagues to let history judge all of us.”

Last week, Ghandour said authorities had planned to arrest him if he did not resign.

“I am ready to be detained for what we have set in motion,” Ghandour told CNN’s Jon Ostrower.

“The military does not consider them to be friends and we have maintained cordial relations with our Islamic State allies. We believe that they are undermining the government’s ideology of being a Muslim state.

‘Sudan has been the laughing stock of the region’

“Sudan has been the laughing stock of the region and their airstrikes on our military installations have damaged our capabilities to fight terrorism. The West is using us as proxies to go after terrorists,” he added.

The usually secretive Sudanese army is struggling to contain two major insurgencies, one in the region of Blue Nile and the other in South Kordofan, over the past five years.

The United Nations says almost 70,000 people in the South Kordofan region are living in “emergency conditions”, while over 26,000 people have been uprooted by a conflict in Blue Nile state.

At the time of his dismissal, analysts said they saw the attempt to remove Ghandour as a power struggle between the Sudanese military and al-Bashir, who is wanted for war crimes by the International Criminal Court.

Read the full story of The Man Who Laughed At The West in Sudan at CNN.

How to make your own money go further