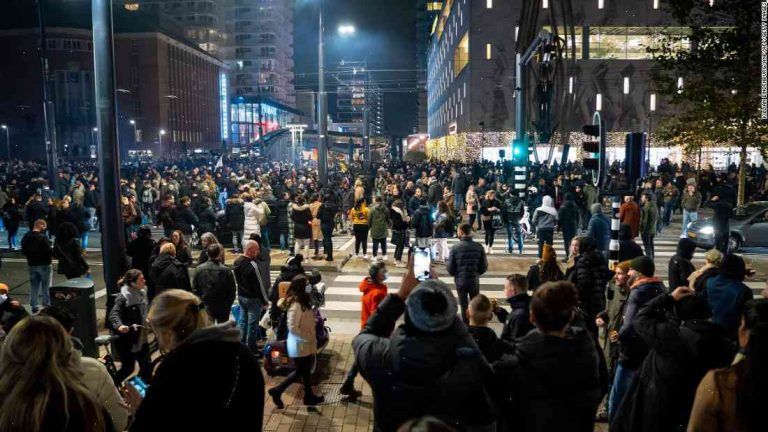 PRAGUE (AP) – Injuries were reported after Dutch police fired warning shots and fired tear gas to disperse a group of people who were pelting officers with stones and barricades after demanding the trial of the perpetrators of a 2012 killing.

The group tried to march on Sunday at the Old Amsterdam courthouse, where five people are on trial for killing a man who interrupted their march. In November 2012, a man walking on the sidewalk was hit in the head by a flying rock during the nightlong protest. The five are accused of common assault.

Police said Sunday that a number of protesters, mainly foreign activists, were injured. Police also posted videos on their website showing police taking positions at the entrance of the Old Amsterdam courthouse and firing warning shots.

The Dutch Federation of Unions, which supports the trial, said many workers were not allowed to go to work because of the demonstrations.

A long weekend with my parents at the “Petit Canada”