After the Statue of Liberty was lit up by a laser light show at the end of July, sold-out crowds flocked to the New York City festival to watch ten illusionists perform aerial tricks… 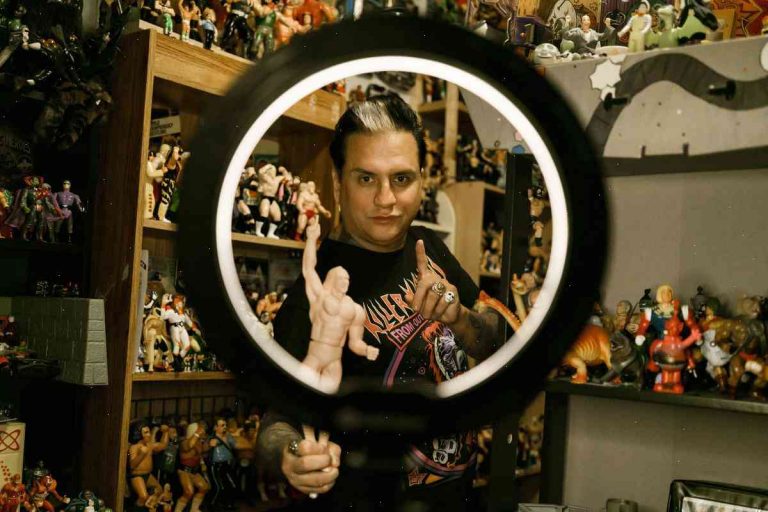 After the Statue of Liberty was lit up by a laser light show at the end of July, sold-out crowds flocked to the New York City festival to watch ten illusionists perform aerial tricks and create mind-bending illusions to light up an empty space at Pier 86 in midtown Manhattan.

It was a one-night show for an event that co-founder Shawn Heath calls “the biggest street festival of the year.”

At almost the same time, a grinning shadow puppet outside the Carousel Center for the Performing Arts in Bethlehem, Pennsylvania, set off thousands of parlor tricks and there was a classic hovercraft as a backdrop for the local animal TV show “Door to Door.” It was part of the Lehigh Valley Experience.

During the show’s weeklong run, Heath’s counterparts from Dollywood, ZZ Top, Rick Steves, Slick Willie Crudup and the Big Bang Theory were rolling in. Retired movie special effects technician Frederick Camperfeld, Jr. created an attraction and a show around his vintage toys. And set to the backdrop of an aircraft carrier, Mysterion sat smiling from the stage, decked out in a vintage Phantom 4 fighter jet and an elaborately designed “Thief’s Cove” slide.

Heath wouldn’t let me into Mysterion’s house, in the Montrose neighborhood of Philadelphia, because it was building season for the magician’s tour of Japan and China. Here’s what I did get a look at:

A photo taken next to a vintage tin airplane.

Three planes side by side, almost an exact replica of the one from Antique Aircraft Auction.

Originally signed by Lorne Greene and included a black-and-white photograph of the star, with a sizable train with six passengers on board on the back.

His upper skylight is decorated with flower petals and bone china .

A tiny toddler’s balloon with the words “re-birth-ending adventure.”

A rhinestone drop-toe plane and a plastic airplane.

A toy “six-shooter” box and a black-and-white photo from the Middle West Show & Shine .

. His house is largely his collection and his home.

Heath had played the attention to detail meticulously. He had lighted a little-used railroad track and sprinkled a series of crosses over the ceiling. (The matches were left over from Mystique’s stint in the Air Force.) The mantel in the living room was as brilliant as anything in the stage show. In the kitchen, framed pictures lined the counter. Old-timey guitar amps.

Like his fish tank, stuffed with an assortment of chum. (It was never quite clear what type.)

It’s easy to see where the majority of the money comes from.

Heath, who has four kids, called its most-used mirror “Castle” because he wanted it to serve double-duty as a mirrored image of his home. A couple of times, he moved photos into the cat bathtub to fulfill a contract with a bar. The water was turned off the next day and he never had to pay up.

His technique was inspired by traditional Chinese Theater and square projection. Many of the props were originally used as sets in motion pictures, or rather rediscovered by Heath after they’d been discarded. It also led to a construction of a shop that supplies the props.

Heath was in New York City just last month to talk about his work. He’s often a guest in WTTW’s show, “Undercover Magic,” which tapes at the Paley Center for Media in Beverly Hills. He did a show there, and at the end of each episode, he retraces his sleight of hand to show his audience the difference that rehearsing can make, and the work that goes into perfecting a single move.

Last week, everyone he put on shows with was off.

He came back, and we watched the show together.

‘Autonomous flight’ may require ‘no pilot’ mode to better safety