Don’t go west on Bayview Avenue. Just don’t. That’s the message that drivers in Toronto are getting after months of frustration and confusion over what a road project is doing to their commute. Since… 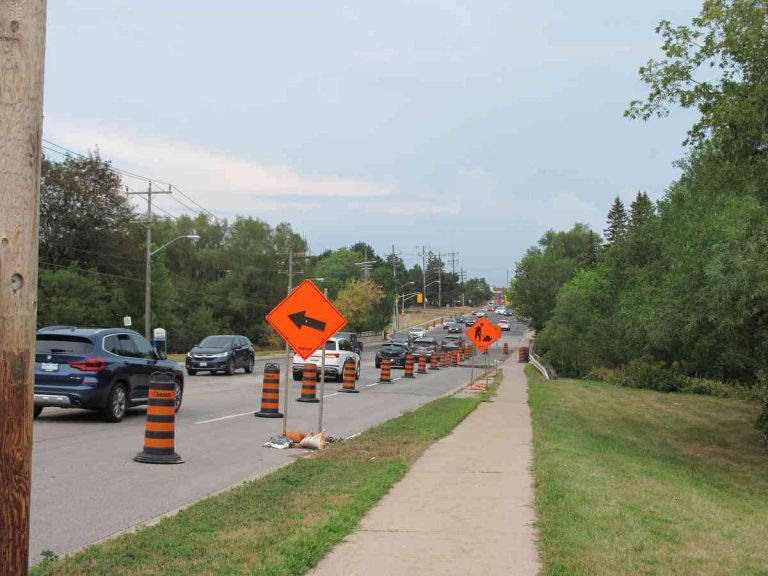 That’s the message that drivers in Toronto are getting after months of frustration and confusion over what a road project is doing to their commute.

Since February, the West Elm Avenue, which runs between Madison Avenue and Muskoka Drive in the city’s west end, has been closed at daybreak and during evening rush hour, but there’s no explanation for why. There’s no timeline for when it will be reopened — to drivers, it feels like forever.

“Last Monday morning, I went from Loch Breda to Davenport’s and it took me a minimum of 15 minutes,” Kate Nelson told CBC News.

“Then when I got home and there were all the locals driving, they weren’t surprised. They just added a little hate to their morning coffee. They were like, ‘Why didn’t you tell us.’”

Sarah Smith, who owns a landscaping business, told CTV News that about 75 percent of her business in the West End is based on her ability to get to work quickly.

“If we had to go through this road and it took me three hours to get somewhere, I’d lose this business,” she said.

Tony Guenther, a transportation engineer, told CTV that the road closure might be justified if the entire road were to be rebuilt, but it wasn’t.

“We were constructing this barrier to this length for a couple of reasons: to improve safety, to relieve congestion, to cut down on noise at night,” he said.

In May, Mayor John Tory said he was “livid” that construction crews weren’t given more advance notice to stop or postpone work and the province of Ontario was given a deadline to say what was going on.

On Wednesday, the TTC said it wasn’t involved in the closures in the west end.

“At this time, we have no insight into the work underway at the West Elm,” a spokeswoman told BuzzFeed News. “We’re continuing to get out to neighborhoods and ask TTC customers to be patient when travelling through the city.”

The online how-to guide on the Toronto Trolley says that traffic on Bayview Avenue starts at the Metcalfe St. Skytrain Station, about a mile and a half west of the closed stretch. The website says that a 45-minute commute could be cut in half by taking the two-kilometer Skytrain instead. It’s unclear if that still holds up.