While China and Japan argue over islands, the government in Taipei is quietly building its own military 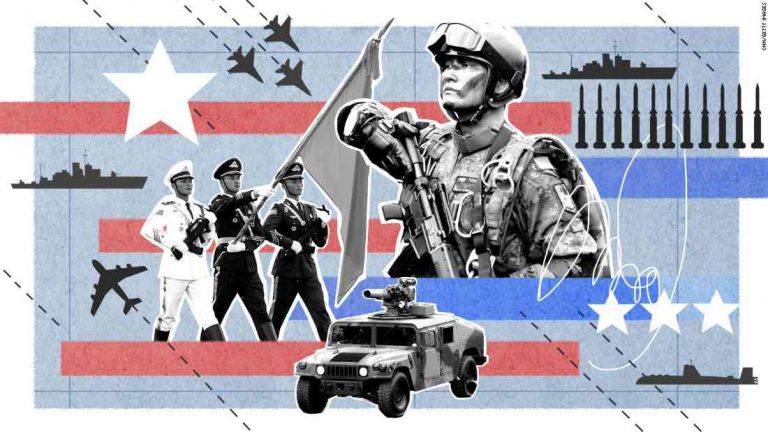 Last week, Japanese public broadcaster NHK published a video purportedly of Taiwan’s mounting military industrial complex. The clip used in the video shows graphically detailed footage of factories churning out weapons for what the broadcaster called the “first division” of Taiwan’s navy. China promptly lodged a diplomatic protest with Japan. A few days earlier, Japanese Defense Minister Takeshi Iwaya issued a statement of his own, warning that Japan would consider any island China “builds on or recognizes” a “serious violation” of the peace and safety of the region.

Even as China and Japan argue over sovereignty of the Diaoyu/Senkaku islands in the East China Sea, China and Taiwan — especially Taiwan — are amassing forces in other parts of the globe. Both Taipei and Beijing have recently ramped up their military investment, with China focusing heavily on upgrading its air defenses, while Taiwan’s military has been building defensive structures of its own. There are two other sides to this story.

Since 2007, Taiwan’s military development has focused on its aircraft and infantry forces, particularly small-scale amphibious operations. The most critical military asset in the new defense spending plan — approved by a Chiang Kai-shek-inspired pro-independence government headed by President Tsai Ing-wen — is a high-speed, frontline amphibious assault transport, capable of carrying over 2,000 troops. In January, Taiwan installed a pair of Chinese-made F-16s into its air force. (Despite his past support for anti-China hostilities, Tsai says she does not currently plan to build Taiwan’s own military buildup, preferring instead to engage in political and economic negotiation.)

As for China, Beijing has poured about $200 billion into developing and modernizing its military in the last 15 years. It has also vastly boosted its ability to launch offensive nuclear-capable bombers like the H-6K and H-7 on short notice.

Beijing has yet to start staging amphibious operations on a major scale. But if it does, Taiwan will not be the only country feeling the impact. As a Chinese military strategist revealed to me in late 2016, Taiwan faces a major advantage: there are a lot of airspace bombers in the air, especially in Asia, just waiting to perform. “We’ve acquired H-6Ks,” he said, pointing to a H-6K bomber along the coast. “And who’s going to stop them? That doesn’t happen with small boats, especially smaller than those you might be chasing in a coastal-area war.”